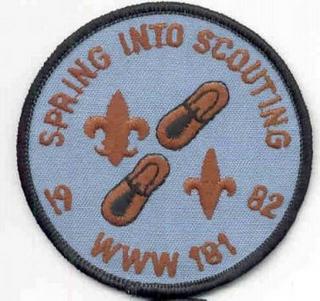 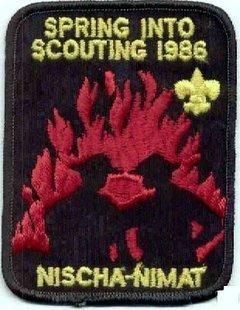 Brian Klotz brings word of a new Elangomat flap from Lodge #30. This is the same design as the recently issued S21 with the ghosted council name and has a photosenseitive "glow in the dark" border. BB Stats: S22 LGR R M/C BLK GLD FDL; "Glow in the Dark" Border Design of S21 Elangomat Issue

Bill Griesmyer noted a new standard issue flap for Lodge 30. Its first change of standard flap since the S1. The change was somewhat minor though; as the flap adds the council name (ghosted) in purple at the bottom of the flap but otherwise no change to the basic design. 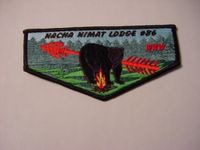