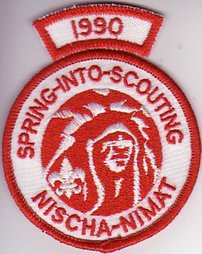 Comments:
Wakpominee Lodge 48 of Mohican Council was not merged in 1990 with the others until late 1998. In 1998 the last Section Conclave Lodge 48 hosted was at Camp Wakpominee in Ft. Ann, NY.